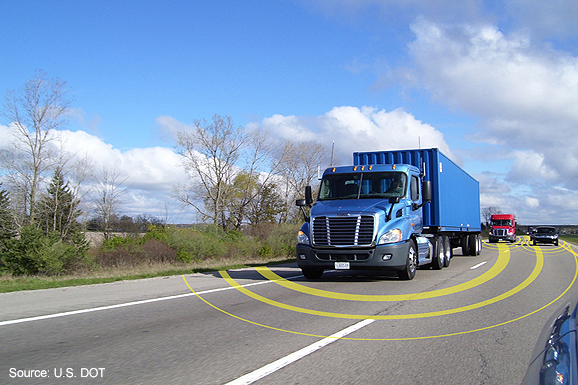 In June of 2020, the U.S. Department of Transportation's Federal Motor Carrier Safety Administration (FMCSA) released its most recent research study [https://rosap.ntl.bts.gov/view/dot/49620] that explored commercial driver safety risk factors.  Their findings are sobering and informative, as there are some 3.5 million professional truck drivers who deliver about 10 billion tons of freight each year in the United States. FMCSA's research reported that since 2010, there has been an increasing demand for freight services and truck drivers and the trucking industry is a very important part of the U.S. economy.  The FMCSA study sought to examine a wide spectrum of driver and situational factors affecting commercial motor vehicle safety. They studied data from some 21,000 truck drivers, over a three-year period, to analyze what factors contribute to safety of drivers and the vehicles they drive.

Here's a broad, overview summary of nine factors they highlighted, and their findings:

4.     Sleep apnea - The study examined drivers who had obstructive sleep apnea and its effect on safety.  They found that for drivers, known sleep apnea did not indicate a safety risk as much as other, more telling factors.  Their body mass index (BMI > 35.03) was the best predictor of risk.  They found that the greater risk cascaded to being male, having high blood pressure, and age (>33.5 years).  These factors were more predictors than those factors related to sleep apnea such as snoring, known apneas, daytime sleepiness, and blood pressure alone.

5.     Body Mass Index (BMI) - A higher BMI was found to reduce crash and moving violation conviction risk in younger drivers. AS BMI increased, it was correlated with increasing age. Older, safer drivers were more likely to have a high BMI.  BMI is sometimes associated with sleep apnea.  But the difference in risk seems to be whether the sleep apnea has been diagnosed or not.  Untreated sleep apnea, which was undiagnosed and untreated, was associated with an increased crash and moving violation conviction risk.  Thus, known sleep apnea wasn't nearly as bad as a high BMI.  Unknown sleep apnea seemed to mean more driver risk of violations.

8.     Seat belt use - Drivers who reported they did not always wear their seat belt while driving a commercial motor vehicle, most definitely were associated with an increased crash and moving violation conviction risk. This is not surprising at all and indicates not only the need, but the value in implementing a robust seat belt policy and enforcement of that policy.